There’s a New Holiday Spirit in the Air

There’s a New Holiday Spirit in the Air

As the holiday season approaches and consumers start thinking about how they will spend their money this year, the game has changed. After so many months worrying about the pandemic and being locked inside, many people are now filled with wanderlust and ready to spend their money on travel. And with the cost of necessities through the roof, consumers are being more discerning about the presents they buy. These facts will certainly add up to an interesting holiday spending season.

The holiday season feels different this year. With all that consumers have been through in the last several years, and a recession on the horizon, there is a sense of worry. Supply chains are still in shambles, and the perfect holiday gift may be elusive this year. People are tightening their budgets because of the skyrocketing price of groceries, gas, and other necessities, which does not leave as much discretionary spending for the holidays.

Because of this unrest with the economic stress and decimated supply chain, businesses like Target and Amazon are holding early-bird sales, in the hopes of getting people out in the stores to spend their money.

“People are planning to spend less during the actual Black Friday, Cyber Monday and holiday season because of inflation,” said Andrea Woroch, a budgeting expert.

Experts just might be onto something. With the wonky supply chain, getting the perfect gift is paramount for consumers, and the time is now. “What consumers right now fear more than anything is not getting their hands on that perfect gift, so they’re going to buy it right now whether it’s on sale or not. They are afraid if they wait it may not be available,” Howard Dvorkin said.

On The Road Again

As bleak as the outlook is for retailers around the country, the airline industry seems to be flying the friendly skies again. The industry that was most decimated during the pandemic has been rebounding, with  Delta Air Lines, Mastercard and Airbnb all experiencing a move in the positive direction.

Now that people can move more freely, they are truly putting their money where their mouth is. “The trend towards spending on experiences continues,” Mastercard CEO Michael Miebach said on a quarterly earnings call late last month. “We saw notable strength in airline, lodging and restaurant spend with a shift away from categories like home furnishings and appliances.”

Experts also predict that more people will be able to visit family this year, after staying away in the past few years. “Sweaters are nice, but what people really want over the holiday season is the warm embrace of loved ones, and they’re taking to the roads and skies to make that happen this holiday season,” said Mike Daher, vice chair of transportation at Deloitte’s 2022 Holiday Retail Survey.

Preparing for the Worst

While the travel industry is rebounding and moving forward, regular spending on items big and small has been curtailed. Amazon’s bottom line was suffering and did not meet the expectation for growth in October, as consumer spending moves into holiday mode. Additionally, shipping giant FedEx missed expectations in its September report, with CEO Raj Subramaniam saying he anticipates a “worldwide recession.”

The whole country seems to be waiting with bated breath for a possible recession, and economists are not able to say with certainty whether or not that is coming.

Tim Quinlan, senior economist at Wells Fargo, expects the holiday season will be the “last hurrah” for consumers. When adjusted for inflation, the anticipation is that of a 2% annual gain in holiday retail sales this year. Compare that with an estimated 8.1% last year and 10.4% annual gain in 2020.  This dismal forecast bears witness to the fact that many consumers will be trying to hang on to some money for a rainy day, rather than spend it lavishly on the holidays.

“Consumers are going to spend as much as they did last season, but they are limiting the people they’re spending on. They only have a certain amount of money, so they have to tighten that list of who they’re buying presents for,” said Howard Dvorkin, chairman of Debt.com.

With the family budget in mind, consumers will be much more discerning as holiday shoppers this year, and timelier. As the old saying goes, “The early bird gets the worm.” This year, the “worm” just might be an airline ticket for a trip to sun kissed beaches. But whatever the gifts are this year, they will be purchased with the looming recession in mind. 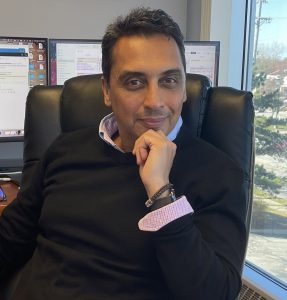