A Heated Travesty of Sports

A Heated Travesty of Sports

The world is watching this week as its favorite sport is being scandalized while the World Cup is being played out in Qatar. Amidst a plethora of controversies, from human rights violations to the lack of beer, soccer fans around the globe are wondering how this injustice has come to fruition. And the ramifications of this decision by FIFA will affect soccer for a long time.

The World Cup is unfolding in Qatar this week amid a sea of controversy. A million fans are expected in the country of Qatar, with billions of other soccer fans watching from home. There are 64 games scheduled to be played, beginning on November 20 when Qatar plays Ecuador, and ending on December 18. But what is supposed to be a joyful and memorable time for soccer fans around the world, is turning out to be anything but.  As a soccer fan, having watched this event as a young child, watching the World Cup has certainly shaped my memory and passion for the sport. It is truly a slap in the face how FIFA could and would do what they have done in bringing the World Cup to Qatar.

The backdrop of bribes and scandals that have allowed the biggest tournament to be played in Qatar, where human rights debacles abound, is a travesty of justice. In 2010, when soccer officials voted, the U.S., South Korea, Japan, and Australia were also vying to host the tournament. Even the former head of FIFA, who voted for it at the time, admits this is a terrible choice. “It was a bad choice. And I was responsible for that as president at the time,” said Sepp Blatter, whose term as FIFA administrator ended in 2015 amid a bribery scandal.

In fact, almost every single one of the 22 people who voted to hold the World Cup in Qatar were charged with corruption, with some people arrested, some banned from FIFA, and some kicked out of soccer for life. In 2019, French soccer great and former head of European soccer Michel Platini was arrested in an investigation into a $2MM payment relating to the World Cup vote for Qatar.

In addition to the bribery scandal, the lack of infrastructure in this tiny country has led to a whole host of problems. Infrastructure is lacking in the country that is 20% smaller than Connecticut, and migrant workers have been working for years to build the stadiums that are needed. Unfortunately, this has led to the loss of life in many cases, where workers were not able to work safely.

“This event was entirely built on the backs of migrant workers, on a completely unequal balance of power,” said Michael Page, deputy director in the Middle East and North Africa division at Human Rights Watch. “These were very predictable abuses.”

“Some of them include workers who collapsed on the stadium construction site and died after they were taken off it. Others died in road traffic accidents on their way to work in a company bus. And many others died suddenly in an unexplained way in their labor camps,” said Pete Pattison, one of the reporters on the investigation, in an interview last year with NPR.

Fans and Players are All Losers

Both the players and the spectators alike will experience undue harm in this tournament, most of which could have been avoided had officials chosen a more hospitable host country. This could best be described as a case of “sportswashing,” a term that was coined in the mid-2010’s to explain how repressive governments use large sporting events to buoy their reputation around the world. Unfortunately, it is innocent people who are paying the price.

Many in the LGBTQ community, for instance, are worried about the ramifications about Qatar’s laws about homosexuality. Some officials had thought that hosting the World Cup would help Qatar to progress, but the reverse seems to be true, that Qatar is trying to hold back the rest of the world.

Although the Qatar organizers talk a good game, saying that the LGBTQ community would be safe, the world is not so sure. After all, Qatar had planned to allow the sale of beer in its eight stadiums for the dedicated fans, even though it is against their Muslim faith, but revoked that pledge just a few days before the tournament began. This begs the question of whether they will do what they said in other avenues.

The fans are not the only ones in the hot seat. The timing of the tournament is affecting the players as well. Since the normal tournament time of early summer is unbearably hot in Qatar, the games have been moved. The top professional leagues like England’s Premier League, Germany’s Bundesliga and Spain’s La Liga have all announced two-month breaks to accommodate the World Cup.

The toll the tournament will take on the players is also intense. According to NPR, “For a typical summertime World Cup, Premier League players have historically had an average of 31 days to prepare and 37 days to recover, the report found. This year, prep and recovery time has dropped to seven and eight days, the union says.” With the extreme weather, the back-to-back matches, and lack of recovery time, players are setting themselves up for possible injury.

For fans across the globe, FIFA’s questionable vote has certainly caused a world of trouble for players, fans, migrant workers, the LGBTQ community, and countless others. The real question is, will soccer fans ever forgive FIFA for this awful decision? 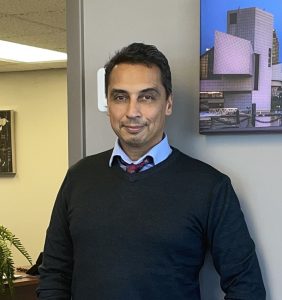